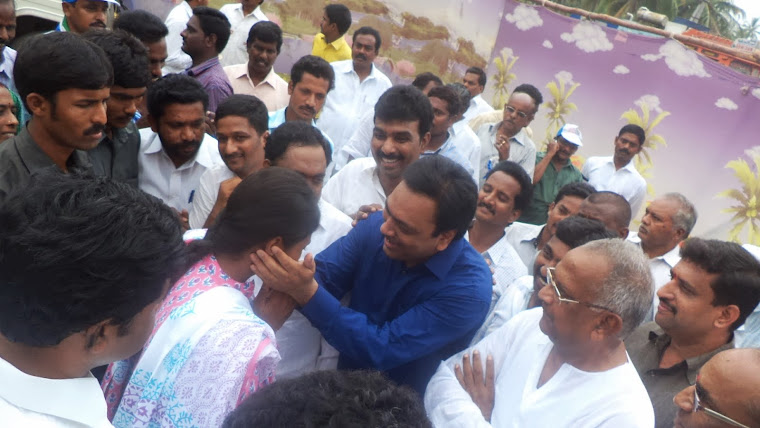 Congress will win 28.TDP + TRS + CPI + CPM will win 12.PRP - 1 and MIM - 1.You can see it on http://elections.ndtv.com/videosfilterbyKeyword.aspx?type=latest.In the videos below click on "Battleground 2009: Phase 2 polling ends".Election Commission banned exit poll reports. That is why NDTV says it is "analysis" But they have done a true exit poll.NTV exit poll: Congress will win 86 out of 140 in second phase.

TDP batch analysis: TDP will form the Government on its own.

District wise analysis
Adilabad: 10 assembly segments. Congress gave a fight in 4 or 5 segments. May win a few of those.

Mahabubnagar: 14 segments. Congress might win 8 or so. KCR may loose his MP election.

Nalgonda: 12 segments. Congress will win 8 here including both MP seats.Warangal: 12. Congress 4 to 6 MLA and will win

Srikakulam: 10. Congress 7 or 8. Yerram Naidu of TDP will loose his MP seat to Congress.

East Godavari: 19. Congress 9 or above. Jakkampudi's wife might loose.

Nellore: 10. Congress 7 or 8. We will win Nellore MP comfortably.

Anantapur: 14. Congress 10 or 11. Paritala Sunitha faces a tough fight - win or loose.. will be within 5K. JC Diwakar Reddy also facing a very tough fight. His chances are also 50%.

Summary: In Rayalaseema, Nellore and Prakasam, Congress will sweep the election. In Guntur and Krishna, TDP will give a reasonable fight. In East Godavari,

I predict Congress to comfortably cross the 148 mark and will land somewhere between 160 and 170.

Don't be surprised if Congress gets much higher seats. Cash Transfer Scheme (2,000 per month) did not seem to work in a major fashion. It may have a very negligible effect